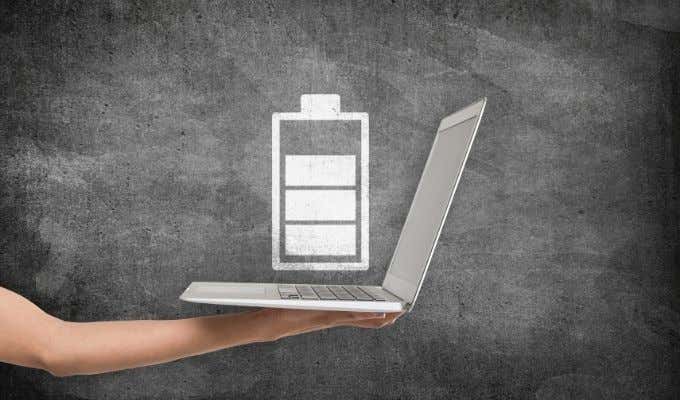 Compared to other laptops, MacBooks are known for their longer battery life. Even with extensive daily use, you can work on a Mac for hours without worrying about the battery running out.

However, even the best technology loses performance over time. As your Mac ages, you will notice the need to charge it more often. For some people, having to always be next to a charger isn’t a problem, but others may find it more difficult. Not to mention how annoying it can be to see your Mac unexpectedly die on you in the middle of an important activity or online meeting.

If you’ve been using your Mac for a while and you’re concerned that the battery is dead, there is a way to know if it’s time to replace your MacBook’s battery.

Does your Mac need a new battery?

Before deciding to replace your MacBook battery, here are some things you should pay attention to.

The first (and most obvious) sign that your Mac needs a new battery is when your computer keeps shutting down even if you charged it not long ago. When you first bought your Mac, you could spend hours on it working, watching videos, and playing games on a single charge.

If it seems like you constantly have to look for a charger to keep your Mac running, there’s a good chance your computer needs a new battery.

Your Mac is overheating

There can be many reasons why your Mac is overheating. Sometimes it’s just the result of everyday use. But sometimes overheating could be a sign that your Mac’s battery is faulty and that you need to replace your Macbook’s battery soon.

A service battery warning is displayed

The worst and most reliable sign that your Mac’s battery needs to be replaced is if you get a service battery alert. If you get a warning in the drop-down menu where you normally see the percentage number in the top right corner of the screen, it means you can’t extend the battery life and it’s time to buy a new one.

How to check the condition of the battery

Even if you haven’t received the battery maintenance notice yet, it’s worth checking the condition of the battery before it’s too late. Your Mac has a utility that can help you better understand when you can expect the battery to run out.

To check the condition of your MacBook’s battery, click battery icon in the menu bar (the percentage icon in the upper right corner of the screen). If it says Condition: normalthat means everything works normally and you don’t have to worry about the battery.

However, if you get any of the following messages, it means the battery is no longer as good as new and it’s time to start looking into replacement options.

Your Mac’s battery works normally but holds a lower charge than when it was new.

The battery works normally but holds significantly less charge than when new. You can continue to use the battery until you replace your MacBook battery without harming your computer.

The battery is not functioning normally and you may or may not notice a change in its behavior or the amount of charge it holds. Bring your computer in for service. You can continue to use the battery before it is checked without damaging your computer.

Unless you have the Service battery warning, your computer is not in imminent danger. Furthermore, Replace soon status means the battery will last a while longer before you need to replace it.

How far is “soon” exactly?

If the condition of the battery says something other than Normal, there’s no reason to panic, but check the current cycle count instead. The cycle count indicates the number of times you drain your Mac’s entire battery and then fully charge it.

According to Apple, the modern MacBook’s battery can last up to 1000 cycles before it starts to age. After those 1000 cycles, the battery is designed to retain up to 80% of its original power.

This means that you can safely continue to use the battery after 1000 cycles, which will gradually lose its power. You can use your Macs System information tool to find out the exact number of cycles your computer is at.

How to check the current cycle count

At my current cycle count of 1482, my battery is on Replace soon condition. This still gives me time to figure out if I want to replace the battery or buy a new MacBook later.

Time to replace your MacBook battery?

Replacing your MacBook’s battery might seem like a minor thing at first. However, a good battery is what makes your Mac portable and ensures its best performance.

In some cases, it might be worth trying to replace your Mac altogether. Yet a new battery can go a long way and save you a fair amount of money. In case you’re not at all ready to splurge right now, check out our tutorial on what you can do to extend battery life on Mac without replacing it.

What is the current condition of your Mac’s battery? Would you consider replacing your MacBook’s battery or would you prefer a new Mac altogether? Share your thoughts with us in the comments below.