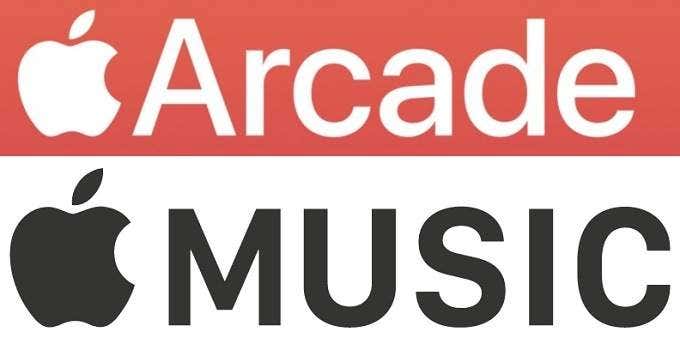 Apple is entering the content market in a big way, leveraging its popular walled garden app ecosystem to move from buying discrete content to the subscription model.

It all started with Apple Music, but the first attempt at a subscription service is now joined by Apple Arcade and Apple TV +. This constitutes three key pillars of Apple’s business model heading into the future.

While we wait for the Apple TV + to prove its worth, the time is ripe to look at Apple’s other two subscription services and see if it’s worth the squeezing.

Apple has always been a pioneer in the digital music market. You might go so far as to say that iPod and iTunes saved the music industry when it seemed like the whole thing might crash.

So it’s no surprise that their first true subscription service focused on the amazing digital music infrastructure the company built.

A sizable music library built on the proven delivery platform that Apple is known for. You pay a monthly fee that starts at $ 10 but also offers an affordable family plan and an affordable option for verified students.

Surprisingly, you can also use Apple Music on an Android device. This is one of only two Android apps from Apple, the other is a utility to help you migrate to an iPhone. Both the iOS and Android versions worked perfectly for us, but thanks to the variability of the Android hardware, your mileage may vary.

Apple Music against the competition

There is a lot of competition that Apple Music has to contend with. In the US, Spotify and Pandora come to mind. Internationally, the biggest competition is YouTube Music. Apple Music certainly has some downsides compared to these other services.

It lacks the amazing technology behind Spotify and Pandora that analyzes your music tastes and makes great suggestions for new songs to try. It also doesn’t have the huge volume of artists and songs that YouTube Music offers. Plus, for just $ 12, YouTube Music includes YouTube Premium, with access to exclusive content and total ad removal from the service.

In favor of Apple Music, however, there is a great interface, a lot of quality information about the music itself, and the best human care of any music streaming service. Curated playlists in particular show an attention to detail that no algorithm can currently match.

It’s just a shame that many of the less mainstream artists we’ve been looking for are missing or have incomplete discographies.

Is it worth the money?

By itself, Apple Music is worth the asking price. However, it is very difficult to justify it against YouTube Music in particular. Even with YouTube’s music-only offer (which also costs $ 10) you still get much more real music. On the other hand, YouTube Music is flooded with junk content.

So, if you want the bespoke white-gloved experience, Apple Music is the way to go. If you want the most for your money, it’s best to look elsewhere.

If you have upgraded to iOS13, you will find a new “Arcade” tab in the App Store. Tapping it will take you to a subscription request. If you activate the subscription you will have access to a series of games that can be downloaded to your device like any other app and played offline, as long as the subscription is active.

Eventually, more than 100 exclusive games. At least, exclusively for mobile phones and tablets. Some titles, such as Cat Quest II and Stranded Sails, are also available on consoles.

The library will be updated every month, with more titles added. There is a great mix of different genres, styles and production values. The games are carefully curated by humans, so you won’t find any shovels here. In fact, Apple Arcade has some of the most creative, beautiful, and innovative games we’ve seen on any platform.

Apple Arcade also offers full gamepad support for games where it makes sense to have it. This includes traditional MFi controllers and Sony DualShock 4 and Xbox One pads. Just make sure you get compatible versions of these traditional controllers. Some DS4 models do not work and only Windows compatible Bluetooth models of the Xbox controller can work well with iOS devices.

All the Apple Arcade games we have tested with these gamepads have clearly been developed with them in mind and these additional features turn your iPad, Apple TV and iPhone into a true gaming device.

The highlights of the current selection include:

We tested these games on an iPad Pro 9.7 and the large screen created a fantastic experience. Some games may translate less well on the iPhone, and you may want to invest in a gamepad phone holder to make it completely comfortable.

Apple Arcade against the competition

Android users have the option to choose Google Play Pass, which offers 350 games for the same price as Apple Arcade. Play Pass is US only at the time of writing and doesn’t have the kind of exclusive games Apple Arcade offers.

There are many wonderful games and AAA ports that are part of the offering, but it suffers from the general state of Android Mobile games. Even before Apple Arcade, iOS players were getting the best titles first and often exclusively.

Is it worth the money?

Apple Arcade is arguably one of the best offerings in the gaming industry right now. Many of the titles included in the subscription fee cost $ 20 or more on platforms like Nintendo Switch. For games with limited replay value, this makes Apple Arcade a much better deal.

As a mobile game offering, things are even better. Apple Arcade’s policy of only having premium games without any in-app purchases elevates it head and shoulders above the general mobile gaming market, which is flooded with more money-driven free-to-play titles from the your wallet that to fun experiences.

So, in short, it’s hard to imagine a better way to spend five dollars on a month of entertainment!

Airplay is one of the most useful features for anyone with an Apple device. Among Apple devices, it works just…

Apple News Not Updating or Updating on Your iPhone or iPad? Server-side issues, erratic internet connectivity, conflicting system settings, and…

The Apple TV series of streaming devices are hassle-free, but things can get buggy, especially when you control things on…